Shares in Purplebricks shed nearly 15 per cent this morning amid expectations of an impending fine for failings in its communications with tenants about deposit registrations.

The online estate agent, which has been forced to delay its half-year financial results, told investors on Monday it faces ‘a potential financial risk in the range of’ £2million to £9million after it ‘became aware of a process issue’ that it is now attempting to correct.

Since its founding in 2012, Purplebricks is understood to have failed to provide tenants with legally required documents explaining their deposits have been put into a national protection scheme, the Telegraph revealed this weekend. 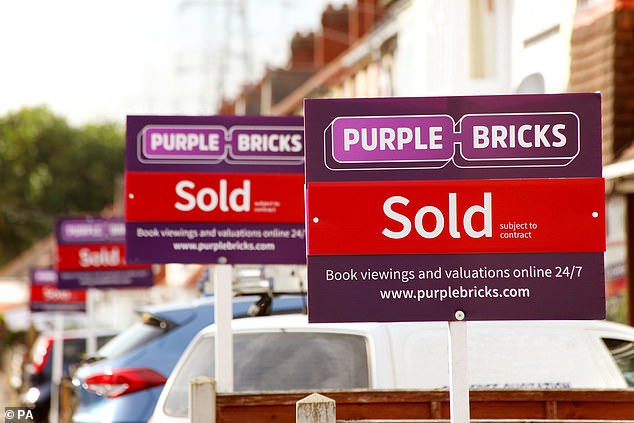 Under UK law, landlords must provide tenants with ‘prescribed information’ documents within 30 days of a deposit being paid

The firm said it would delay its interim results as the matter is probed, adding that it was correcting how it communicates with tenants on behalf of landlords to avoid claims under British laws.

Under UK law, landlords must provide tenants with ‘prescribed information’ documents within 30 days of a deposit being paid.

If landlords or agents fail to do so, tenants have a six-year period in which they can claim back up to three time the value of their deposit.

Purplebricks said: ‘The Company believes that it is prudent to provide for any potential future claims which could arise under the Housing Act in relation to this regulatory process issue.