But it’s not necessarily good news, with analysts saying part of the reason for the slowdown is because house prices have become so unaffordable that more and more first homebuyers are being locked out of the market.

In Sydney and Melbourne in October, the monthly rate of growth has more than halved since the highs seen in March, when they grew by a staggering 3.7 per cent and 2.4 per cent respectively, according to analysis by CoreLogic.

At the other end of the spectrum, Brisbane has taken over as the fastest growing market with housing values up 2.5 per cent in October.

This was followed by Adelaide and Hobart where homes increased by 2 per cent in value over the month.

Regional markets once again recorded a stronger trajectory than the capitals, with housing values up 1.9 per cent in October compared to a 1.4 per cent rise in capital city prices. 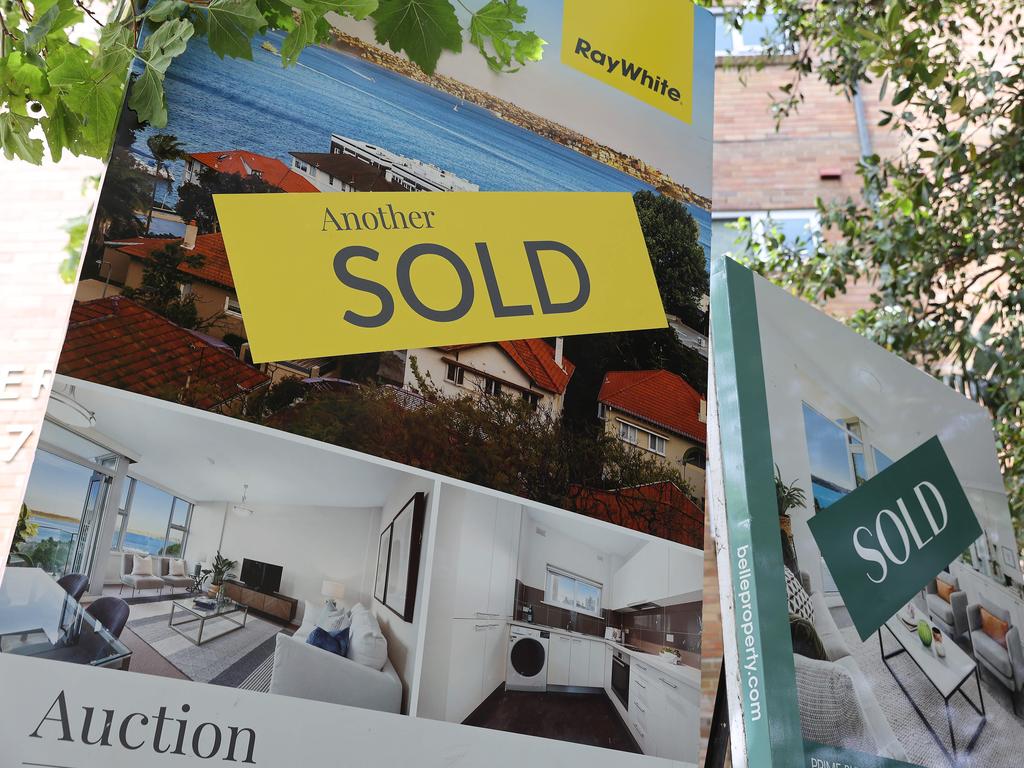 The “Australian dream” of home ownership is becoming increasingly out of reach for many. Picture: NCA NewsWire / David Swift

House prices rose nationally by 1.49 per cent in October compared with 1.51 per cent in September, a drop from the peak rate of growth in March of 2.8 per cent, according to data from CoreLogic.

So, while prices continue to rise, the rate of overall growth is slowing. And there are a few reasons why.

“Combining these factors with the subtle tightening of credit assessments set for November 1, and it’s highly likely the housing market will continue to gradually lose momentum,” he said.

Mr Lawless said new listings had surged Australia-wide by 47 per cent since the recent low in September but housing prices continued to outpace wages by a ratio of about 12:1.

“This is one of the reasons why first home buyers are becoming a progressively smaller component of housing demand,” he said.

“And housing focused stimulus such as HomeBuilder and stamp duty concessions have now expired.”

2021-11-07
Previous Post: From footy star to pub baron: Sam Burgess buys in to $38million waterfront hotel
Next Post: Mitch Edwards and Mark McKie are crowned the WINNERS of The Block | WATCH