PHOTO: Pictured: Sydneysiders flocked to Manly Beach on Saturday as the Harbour City grappled with a heatwave, with hot conditions also expected this week

Australia will swelter through its first day of summer on Tuesday with temperatures expected to soar past 40C on the east coast – as a bushfire continues to rage on Queensland‘s Fraser Island.

The Bureau of Meteorology issued an extreme heatwave warning for eastern Australia, with severe fire danger forecast on Tuesday.

Temperatures are expected to be 18C above average, with records to be broken in Queensland. 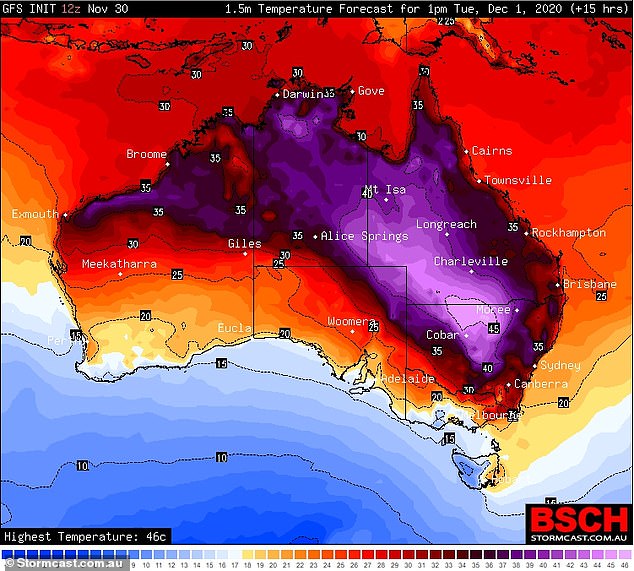 Australia will swelter through its first days of summer, with temperatures expected to soar past 40C on the east coast. Pictured: Map of Australia