Much like a visit to the in-laws or the proctologist, dealing with real estate agents is one of those awful, occasional necessities in life when having to buy or rent.

That said, the ego-driven industry that is selling houses has worked hard on its image in recent times, namely thanks to reality TV shows such as Million Dollar Listing and Selling Sunset.

And to prove they’re not all a lot of shonks in cheap polyester, a new Instagram page has launched called “Australia’s Sexiest Agents”. 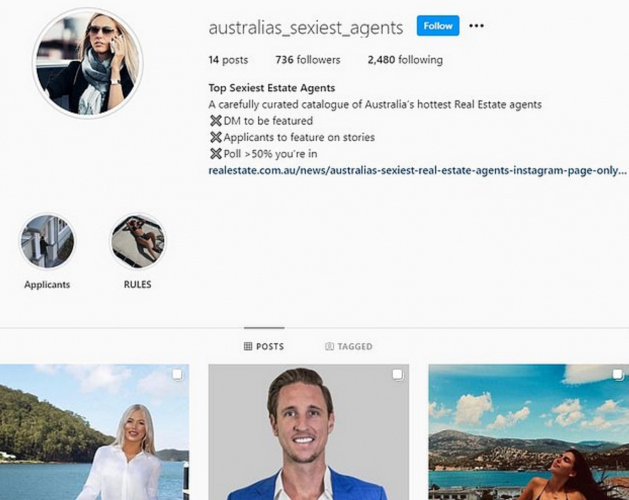 The page – which popped-up nine days ago and already boasts some 1000 followers – is described as “a carefully curated catalogue of Australia’s hottest real estate agents” and already features real estate “hotties” in various stages of undress from both Australia and New Zealand. 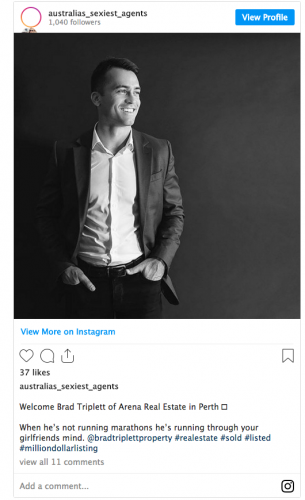 Thankfully, it’s all intended as a bit of fun. The page imploring that “only agents who can have a laugh” should upload their particulars.

Viewers to the page are even encouraged to give the hunks and babes a rating out of 10. Which is apparently to do with their sex appeal, not their ability to sell homes.

According to reports on Realestate.com.au, the producers of the page wish to stay anonymous, but added that applications are reportedly flooding in from young agents keen to be featured.

2020-11-05
Previous Post: Which Australian suburbs made [and lost] the most money in 2020? | WATCH
Next Post: Here’s how former Vice President Joe Biden went from ‘Middle-Class Joe’ to millionaire