Karl and Jasmine Stefanovic are again trying to offload their multimillion-dollar Noosa holiday home after it failed to sell at auction earlier this year.

The Today host and his designer wife purchased the five-bedroom, five-bathroom Sunshine Beach mansion for $3.6 million in 2019, just before the pandemic hit, and spent around $1 million renovating the home to their liking.

But due to Covid lockdowns, the couple were unable to spend as much time as they wanted at their European-style getaway – and in March Stefanovic said it was with a “heavy heart” that they decided to sell.

“We purchased the property on Seaview Terrace just before the pandemic hit,” he said at the time, amid reports they had only spent five weeks there in two years.

“We’ve added a teenage retreat, a bathroom and a wine cellar. It’s a really beautiful slice of Sunshine Beach paradise. The views are incredible and we just love the people and area. The walks around the headlands are unbelievable. After we moved in, Kevin Rudd and Gina Rinehart bought in the same street and neighbourhood.

“The reality though is I can’t get away from work in Sydney nearly enough and the logistics of coming in and out of Queensland have been challenging. Eventually we will come back to Noosa when we have more time. If we can afford it. It’s the best beach community anywhere.’’ 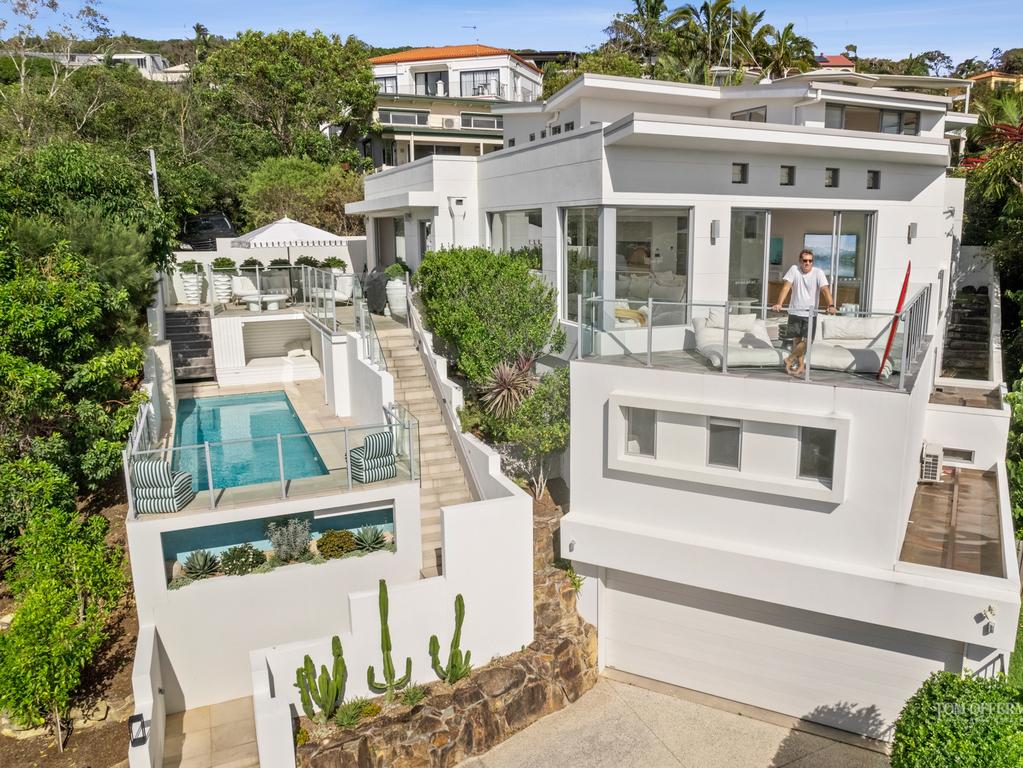 35 Seaview Terrace, Sunshine Beach is back on the market. 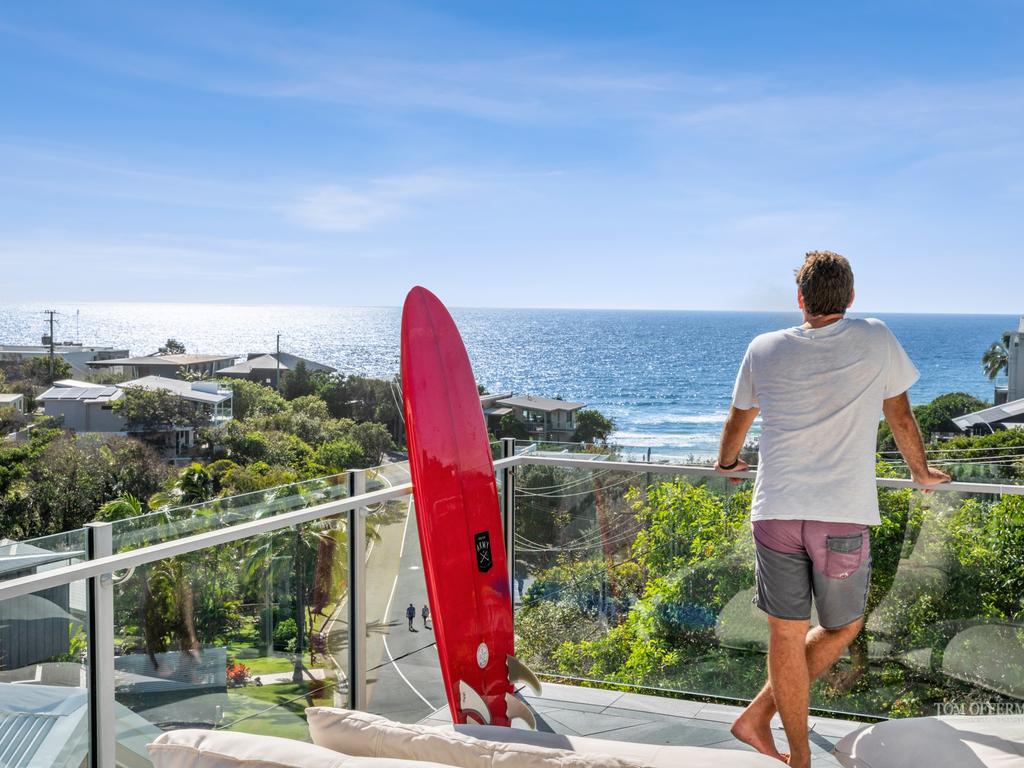 The Noosa mansion failed to sell at auction in March.

The three-storey property, which boasts 180-degree ocean views and sits on an elevated 506sq m block, passed in at auction in March and was later listed with a price guide of $7.5 million.

According to The Courier-Mail, real estate agents had told the couple they stood to profit as much as $4 million on the sale thanks to rising property prices in the region and their renovations.

It again failed to sell, and Stefanovic – who is rumoured to be on a $2 million salary at Nine – reportedly told friends he “regretted” putting the house on the market.

But three months later, the mansion has changed agency hands and was quietly listed again with Century 21 Connolly Hay Group Noosa Heads for sale by negotiation earlier this month.

Property records show the home was listed for sale on July 8.

“Prepare to be amazed,” the listing reads.

“This magnificent home has been expertly crafted to capitalise on the awe-inspiring 180-degree ocean views with a spacious three-storey layout that will have you in awe at every turn. The enviable northeast aspect draws in soft natural light while the collection of living areas, both inside and out, ensures a comfortable place to gather, no matter the mood or occasion. The home is moments away from Sunshine Beach.

“Entry is via the second level where you are met with an open-plan and immaculate kitchen, dining and living zone. Wide-plank on-trend flooring and tall ceilings enhance the contemporary appeal as oversized windows and glass sliding doors allow the captivating views to truly shine.

“Whether you’re preparing an intimate dinner for two or a gourmet feast for guests, the quality kitchen will make cooking a joy. There’s an oversized island and a suite of high-end appliances plus breakfast bar seating, statement pendant lights and ample storage.