Inside the collapse of AUSTRALIAN building giants

At least 15 builders across Australia have collapsed within the past year and there are fears more may fall soon.

For many builders, the soaring price of materials and labour, compounded by Covid-19 delays, has eaten away at their profits.

It means many have been unable to complete their jobs, including small and large companies.

Desperate families across Australia are now out of pocket and struggling to make ends meet.

Here is a breakdown of the main builders which have gone under in the past year.

This Brisbane-based company was placed into voluntary administration in February, leaving more than 750 jobs hanging.

It came after Probuild’s parent, WBHO Australia Group, went into administration, leaving the construction giant and 17 related companies in limbo.

At the time, it was revealed the firm had annual revenues of $1.4bn, with 18 commercial and public sector projects at various stages of development. The Gold Coast-based construction company went into liquidation after its owners Steve and Tracy Marais were unable to secure a reported $25m bailout from developers.

Condev had been struggling with rising building costs, Covid-19 delays and 60 weather events which held up work on multiple sites over the past year.

Notable projects in Condev’s reported $1bn development pipeline include the Cannes Waterfront in Surfers Paradise, The Brookes Residences in Varsity Lakes and the Jindi Apartments in Palm Beach.

About 40 customers were left in limbo after Hotondo Homes Hobart collapsed with liabilities of more than $1m in January.

It has left families thousands of dollars out of pocket and without homes.

When Gold Coast-based construction firm Pivotal Homes went under in May, more than 200 new home builds were thrown into chaos.

Managing director Michael Irwin revealed at the time rising labour and construction costs were the main reason the company was forced into liquidation.

Last month, Waterford Homes entered into liquidation, with at least $600,000 in debt.

Liquidator BTW Advisory revealed there were at least 60 creditors who could have outstanding debts owed by the builder, including 10 homeowners with builds at various stages of completion. 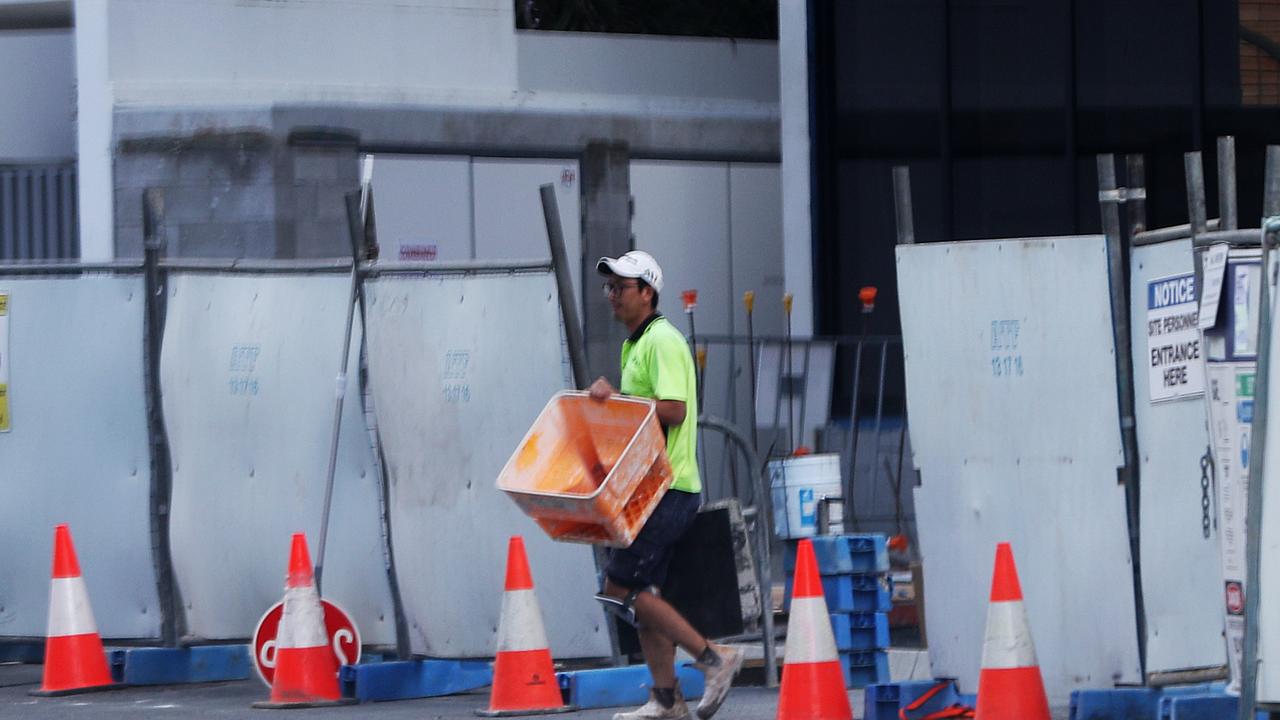 Condev went into liquidation after its owners were unable to secure a reported $25m bailout from developers. Picture: Nigel Hallett

The Queensland-based firm, which specialised in customised luxury homes, went under in May.

Solido Builders was a small company founded in 2014.

Many people were left in the lurch in April when New Sensation Homes was placed in the hands of WA Insolvency Solutions.

An anonymous former worker said at the time that the West Australian government’s $20,000 Building Bonus grants, announced days after the Morrison government revealed its $25,000 HomeBuilder program in June 2020, forced the low-interest rate market to overheat.

The collapses in WA prompted Tiarna Nouwland to start a petition online calling for an update to builders indemnity insurance to protect new building and home renovation customers.

Queensland-based construction firm Privium, which was founded in 1999 and predominantly built homes, was placed into liquidation in late December – about one month after voluntary administrators were appointed.

It was later revealed the company took a $3m gamble on cryptocurrency before it went under and transferred more than $500,000 to a Christian charity. Some said the WA government’s $20,000 Building Bonus grants, announced days after Morrison government revealed its $25,000 HomeBuilder program in June 2020, forced the low-interest rate market to overheat. But Premier Mark McGowan has said he has no regrets about the scheme. Picture: Matt Jelonek / Getty Images

It was reported at the time that the company, which was founded in 2007 and responsible for projects including Edge Ultimo and The Hensley in Potts Point, had debts of $15m.

It was reported at the time that the company owed 550 creditors a total of more than $10.8m.

In November, this Hobart-based company went into administration.

Administrators were appointed to the Sydney-based company in January.

At the time, chief executive Sam Fayad cited a breakdown in the company’s relationship with its Chinese backer, as well as funding delays and family-related litigation.

Many people were shocked when building giant Pindan collapsed in May.

Finishing Pindan’s projects would be a challenge, administrators said.