PHOTO: The vast Covid-19 quarantine facilities now scattered around Australia remain unused, empty, and serving no purpose other than as lasting monuments to how the virus triggered politicians into wasting $2billion of taxpayers’ money.

Vast Covid-19 quarantine facilities now scattered around Australia sit unused and empty, serving only as lasting monuments to how the virus triggered politicians into wasting $2billion of taxpayers’ money.

Even when the facilities were still at the blueprint stage, many were saying borders would be re-opened and the need for quarantine would have passed by the time they were built, but state and federal governments – pressured by the ‘just do something’ hysteria that Covid stirred up – pushed on with construction.

Now those same politicians have been left scratching their heads looking for inventive ways to use four enormous new quarantine centres plus the existing facility at Howard Springs near Darwin, in a vain attempt to justify the profligate spending.

Two ideas floated by state officials in Victoria, Queensland and Western Australia include repurposing the expensive white elephants as accommodation for backpackers (despite not being near where those travellers need or want to be) or for locals during natural disasters.

Another suggestion was to keep them for a rainy day, lest another once-in-a-lifetime pandemic should sweep across the globe.

But with most of the population vaccinated and travel restrictions gone, it’s difficult to hide the fact that the so-called ‘centres for national resilience’ were created in the heat of the moment, with elections looming, and to suit a purpose which is now effectively defunct.

They have become garish blights on the outskirts of major cities – sprawling, ugly, and useless. 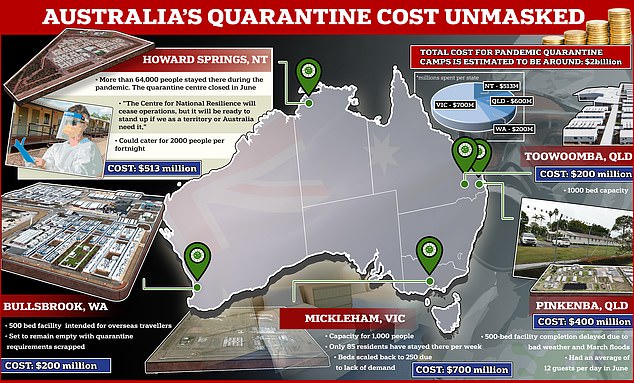 Former prime minister Scott Morrison’s grand plan was to fund three facilities in an effort to replace hotel quarantine with purpose-built isolation stations – similar to dormant workers’ camp Howard Springs which was used for quarantine during the pandemic.

A $200million facility was announced for Mickleham, north of Melbourne, another centre worth $200million was to go in Bullsbrook, north-east of Perth, and a third would be built in Pinkenba, Brisbane, for a total of $108million.

The Queensland government, despite the federally-funded facility in Brisbane, also made the bizarre decision to built another quarantine hub for about $200million.

However, the actual costs (taking into account operating costs) ballooned out to a whopping $2billion – and for what?

As of July, anyone entering Australia – citizens and foreign nationals – do not need to provide evidence of their vaccination status, isolate for any length of time upon arrival, or test negative for Covid. 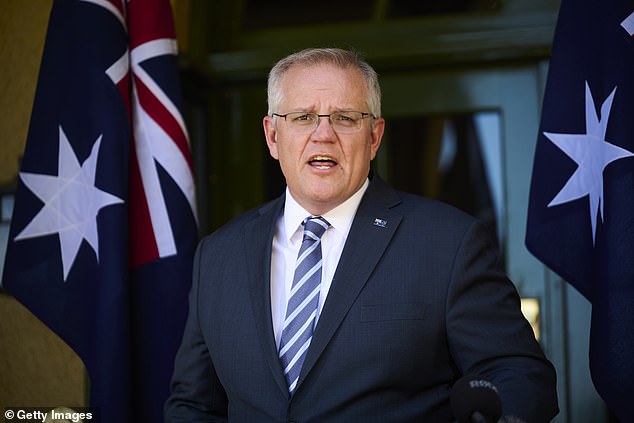 Some argue that the Morrison government was only being prudent; that parliamentarians could not possibly have known where the pandemic would be up to by the time the quarantine extravaganzas were built.

However that ignores the fact that many were loudly sounding the alarm at the time of planning and construction that these quarantine centres would be redundant even before they were completed.

To know that only required a glimpse at the government’s own pandemic roadmap which forecast a quick return to open borders after vaccines were widely available, or to have taken heed from other nations that were already re-opening at the time these projects were funded – in June last year.

Meanwhile ICU capacity shrunk during the pandemic, with the Medical Journal of Australia warning in November 2021 that there were 8 per cent fewer beds than in March 2020.

Here, Daily Mail Australia takes a look at the real costs of each quarantine facility and whether they’ll even be used post-pandemic.

The federal government paid $580million to provide Victoria with 1000 beds for people in isolation – significantly more than the initial $200million projected price.

At the time of writing, it was the only the new Commonwealth-funded facility that was a finished project and not under construction.

Accommodation facilities were scaled down to just to 250 on July 1 due to lack of demand, but will continue being used as a quarantine facility until December 31 – with $120million set aside to meet running costs.

Following that, the state government can choose to extend the life of the centre or repurpose it. 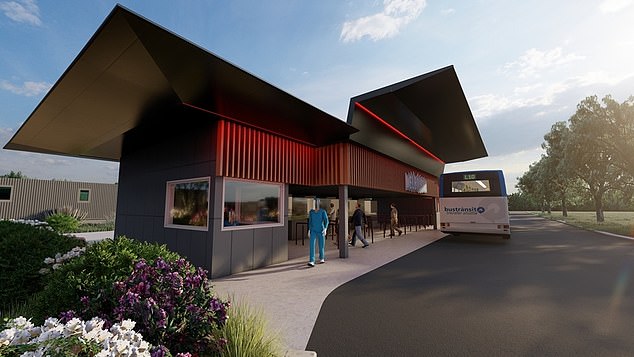 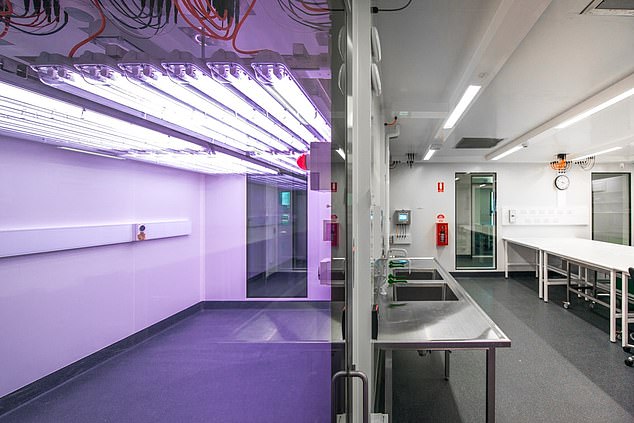 The Mickleham facility has 1000 beds. It is the only Commonwealth-funded facility that is not still under construction

It is understood that Premier Daniel Andrews has already been briefed at possible alternative uses, given its original purpose was gone by the time it opened.

One idea was that refugees from Afghanistan and Ukraine could be housed to remove the need for continued offshore processing, but Mr Andrews said that was beyond his control.

‘There’s lots of federal police in Victoria too but they don’t work for me. You’d have to talk to the Commonwealth government about the status of their facility, which they bought, paid for,’ he said in June.

Between when it opened in February and the end of June, 1451 people have stayed at the Mickleham centre – 226 were travellers, 186 were maritime crew and 1039 were community members and frontline workers.

A spokeswoman for the Victorian government told Daily Mail Australia the facility is currently being used to accommodate Covid-positive community members and frontline workers who cannot safely isolate at home.

State premier Mark McGowan complained in 2020 and 2021 that the government was haemorrhaging money due to the expense of putting arrivals in Perth hotels.

In the midst of the crisis, he suggested international arrivals should be held in existing facilities, such as the Curtin air base or the Yongah Hill Immigration Detention Centre.

In June last year, as millions of Australians began rolling up their sleeves to receive their long-awaited Covid jabs, Mr Morrison announced the federal government would cough up the $200million required to erect a brand new 500-bed quarantine centre.

For Mr McGowan, it was too little too late.

‘I just want to be really clear about this – this was a decision of the Morrison Government to build this,’ he said last Sunday. 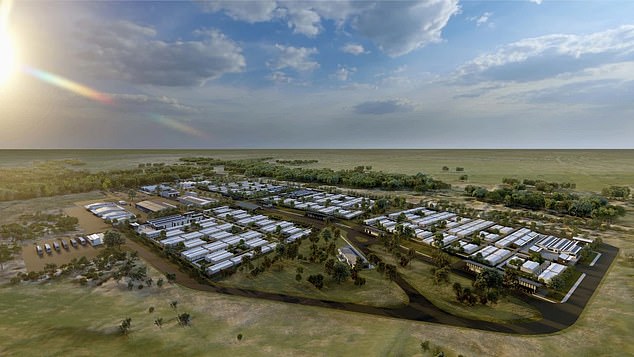 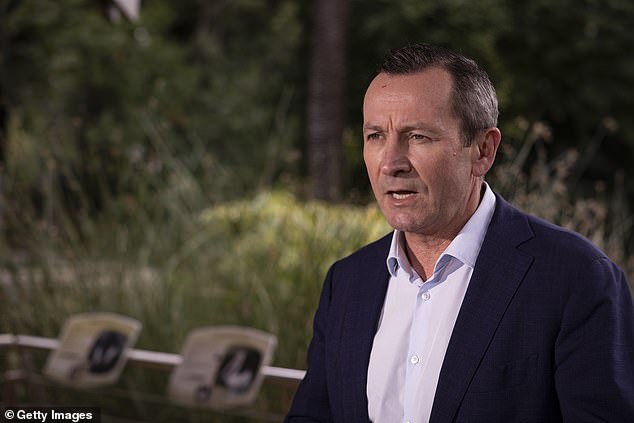 WA Premier Mark McGowan (pictured) did not want the facility, and doesn’t know what to do with it 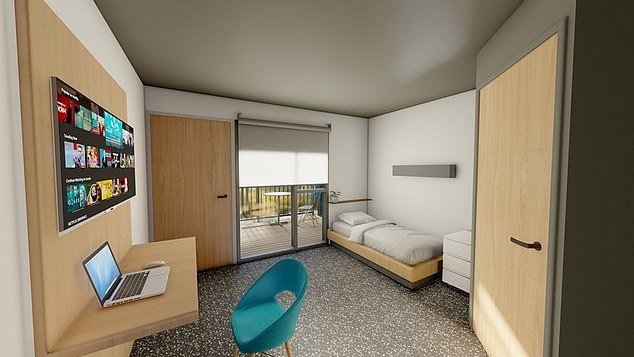 ‘At this point in time, it’s not needed for quarantine purposes but it may be needed for some of those purposes in the future.’

The Commonwealth will officially hand the keys over to WA officials in August, after which point taxpayers will have to continue to foot the bill for open-ended maintenance and running costs – despite there being no overseas arrivals in quarantine in the state.

Mr McGowan has suggested using the facility to house international healthcare, hospitality and construction workers amid a labor shortage.

Another possibility was to provide emergency accommodation due to Perth’s rental crisis.

Daily Mail Australia has contacted the WA government for comment.

The 500-bed facility in Brisbane was due to be handed over to the state government in late March, but ‘inclement weather’ got in the way.

Catastrophic floods that ravaged southern parts of the Sunshine State earlier in 2022 delayed the build until May, and then until June.

The latest completion date has not been disclosed, but it is understood to be ‘near’.

What happens to the facility once the keys are handed over is anyone’s guess – Premier Annastacia Palaszczuk is yet comment on the issue, probably because she went ahead and built her own expensive quarantine hub near Toowoomba. 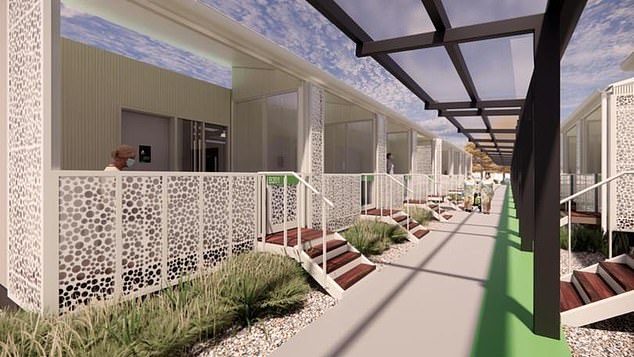 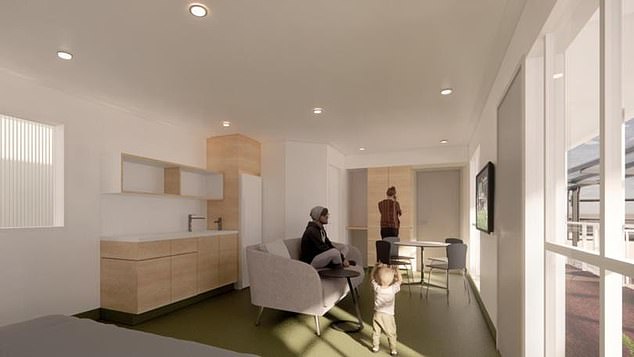 The latest completion date has not been disclosed, but it is understood to be ‘near’ (artist’s impression of Pinkenba is pictured)

Finance Minister Simon Birmingham previously suggested it would be turned into a an evacuation shelter during natural disasters once the pandemic is over.

When contacted by Daily Mail Australia, a spokeswoman from the state’s finance department requested all questions about future use of the facility to the federal government.

According to a statement on the federal finance department’s website, Covid-19 centres will be used for ‘other purposes’ post-pandemic.

‘The designs open up possibilities for use in future public health emergencies, humanitarian efforts, or as crisis accommodation for bushfire-affected communities or other vulnerable Australians,’ it stated. 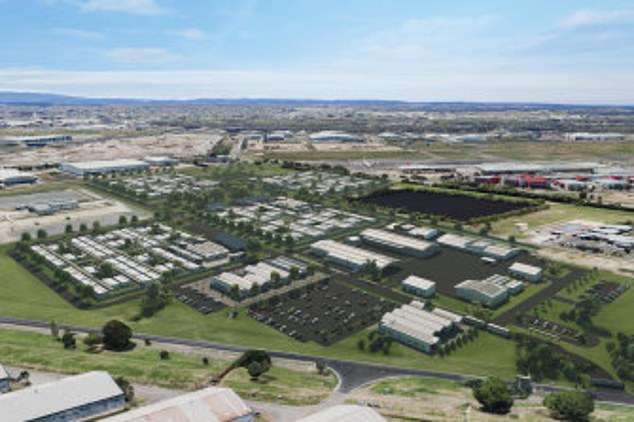 Ms Palaszczuk couldn’t wait for Mr Morrison to confirm a facility in her state, so she jumped the gun and asked a private company to build the hub at Wellcamp just outside Toowoomba, west of Brisbane.

‘Scott Morrison failed to act and we now have a dedicated quarantine facility for whatever may happen in the future,’ she previously said in justifying the cost of a second facility.

The federal government rejected the Wellcamp proposal because it is not hear an airport that takes commercial international passenger flights.

Furthermore, it’s positioned an hour and a half away from a tertiary hospital equipped to deal with Covid-19 patients and was deemed a risk for critical cases.

Nevertheless, Wagner Corporation was contracted to build the 1000-bed centre on private land, and the state government will use taxpayers’ money to lease the property at a significant cost.