PHOTO: Photos of the front of the house show the one-storey home but the church is not visible due to the camera angle and tight cropping around the façade.

A house hunter was shocked to discover a massive church behind a family home that was barely visible on the real estate ad.

The three-bedroom house on Pine Street in Marrickville, in Sydney‘s inner west, sits at the end of a cul-de-sac and is near the St Nicholas Greek Orthodox Church, and has a price guide of $1.6million.

When potential buyers went to check out the house they were surprised to be confronted with the towering neighbour.

Photos of the front of the house show the one-storey home but the church is not visible due to the camera angle and tight cropping around the façade. 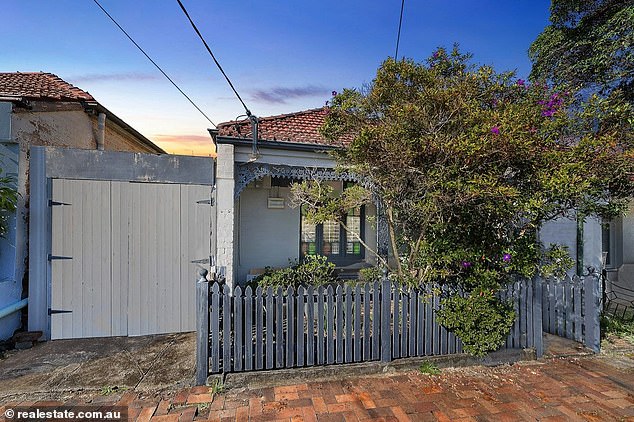 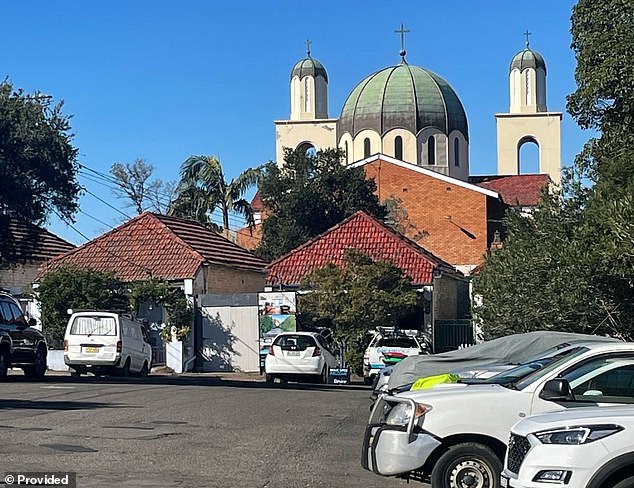 The real estate agent selling the home said the angle of the photo was not intentional and the church was ‘very visible’ in other photos on the website.

He said the church is not clearly seen from the front of the house where the photos were taken.

Other photos on the ad show a brick building past the end of the narrow, hedge-lined backyard but the scale of the structure is not apparent.

One photo shows what appears to be a small cross at the top of the church’s roof, but the easily missed detail is the only clue to its purpose. 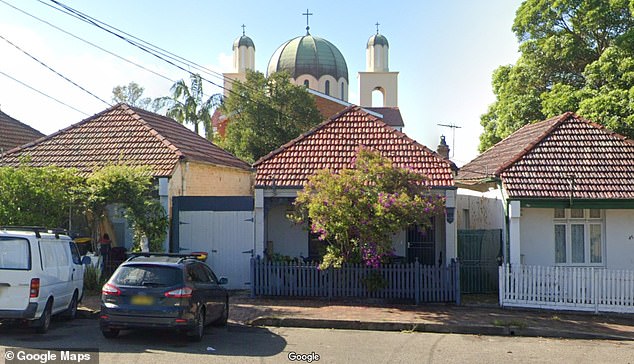 ‘I was in serious shock when I got to the house,’ the buyer, who wished to remain anonymous, told Daily Mail Australia.

‘I saw the little board the agent put out and had to check the ad of the property to make sure I was at the right place.

‘Not against the church in anyway, but it felt a bit misleading to get that angle from the front of the house and then you see the giant structure that towers the house as your driving down the street toward it.’

The home is described as having a ‘subtle charm’ and sits on a 275.8sqm block of land close to local shops and schools. 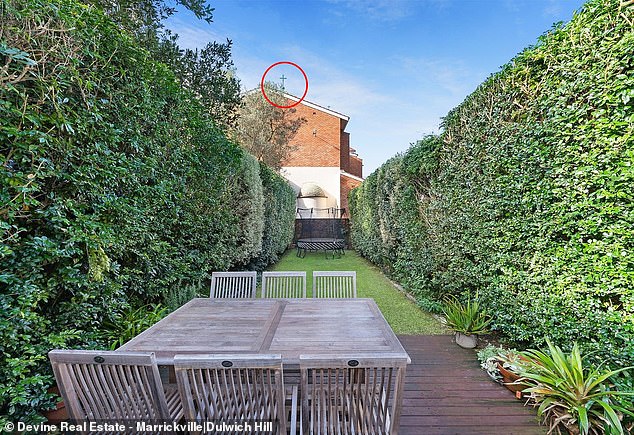