Australian richlister mining magnate Gina Rinehart has splashed over $76m on four homes in one Qld suburb within the space of a year. Ms Rein had paid $6.75m for the property on the beach just six months earlier, in September 2021, but agreed to on-sell it off market after the 44 per cent higher price offered by Ms Rinehart’s company.

The Park Crescent house, built in 1980, has stunning views across Sunshine Beach and has DA approval already on it. It is located just three doors down from a beach house Ms Rinehart bought for $11.2m in February this year. Therese Rein bought this beachfront cottage which has DA approval in Sunshine Beach for $6.75m before selling it six months later to Gina Rinehart for $9.75m. 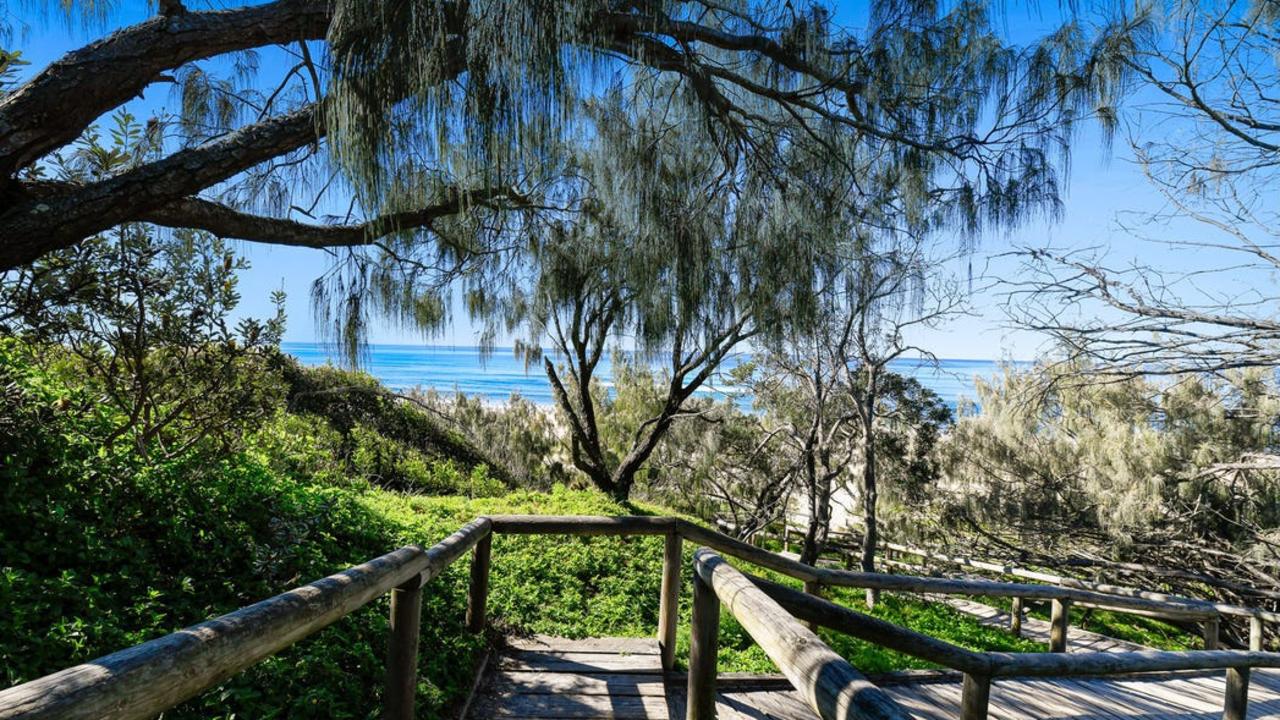 The property uses a walkway down to the beach.

Ms Rinehart’s also bought an Arakoon Crescent property in Sunshine Beach for $21.5m in February, which was one of the most expensive home sales in Qld in the 2021/2022 year.

She is on the march in Sunshine Beach, Qld’s most expensive suburb that both she and Ms Rein highly favour. Therese Rein sold these blocks in Noosa and then went on to buy two more houses as part of her 2021 property investment moves.

Ms Rinehart already owns the most expensive home ever sold in the state – Webb House bought for $34m in June last year.