PHOTO: The couple got engaged in Byron.

Clothing entrepreneur Joel Patfull and his fiancee, skincare influencer Elle Ferguson, have bought their first home together. It is in the Byron Bay hinterland.

The couple, who have been dating since 2016 and call Bondi Beach home, have spent $4 million on a 4810 sqm ­estate at Ewingsdale. They own a third each.

It was sold through Tara Torkkola at First National.

The main house has a sleek mid-century design, with polished concrete flooring and soaring ceilings throughout. At the heart of the three-bedroom home is the open plan kitchen and dining area.

The designer kitchen features custom oak cabinetry and a walk-in pantry. The second home, created in a similar vein, has another three bedrooms and an open plan living space.

The homes were built in 2017 by vendors, local photographer Amelia Fullarton and her husband Allan Rushforth, who had paid $599,000 for the block of land in 2016.

They had initially built the smaller house to rent out, but ended up moving into the little one and renting the main house at $900 a week. 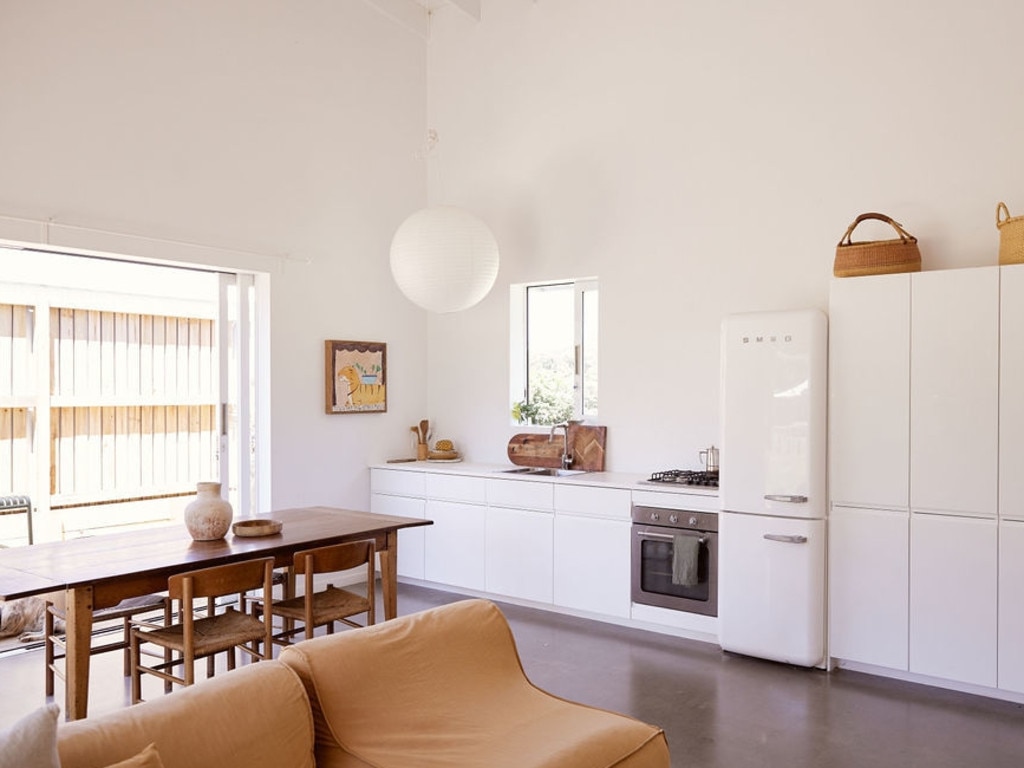 Former AFL star Patfull and Ferguson have said Byron Bay holds a special place in their hearts. “Byron Bay is extremely special to us both. It was special to us as ­individuals, but now it’s a ­special place for us as a couple because we got engaged there,” Ferguson told The Lane website.

Of course Patfull and Ferguson were set to turn their own hands to a renovation, having been cast to feature on upcoming series of The Block 2022 in Central Victoria.

But after they departed the set because of a family medical emergency, they copped an extraordinary slap from the show’s host Scott Cam.

“45,000 people applied to be on The Block and win life-changing money. These guys got on and they just couldn’t handle the pace after 48 hours … Which to me is a bit unAustralian! Have a go! It’s p*ss poor,” he said.