Gym guru Adam Gilchrist who helped to found the F45 franchise, caused a northern beaches sensation when he bought his neighbour’s Freshwater beach home for a suburb record $14m in 2018.

However it appears the controversial beach house is coming back on the market and locals are eager to know if that record holds.

At the time local agents were saying the price was a real outlier and unlikely to be bettered for many years. 52 Ocean View Road is back on the market.

Ocean View Rd is a no-through road that ends at the famous Freshie Beach and number 52 is the last but one house in the road.

Adam Gilchrist (not to be confused with the cricketer of the same name) hit the headlines in July last year after his company floated on the New York stock exchange making him a reported $500m overnight. F45 co-founder Adam Gilchrist paid $5.4 million for the cottage on the left, then $14 million for his neighbour’s modern home on the right. AAP IMAGE/ Tim Pascoe

However after the shares floated at $16.10 a piece, they have slumped to almost a quarter of their value to $4.06, meaning Mr Gilchrist’s initial haul may also have been cut by 75 per cent, depending on whether or not he has offloaded any or all of his shares. The $14m Freshwater sale came after Mr Gilchrist and his wife paid $5.4m for a three-bedroom cottage at 50 Ocean View Rd in 2017 then ran into local opposition when they tried to develop the property.

Neighbours objected to the development plans and it didn’t go ahead.

Instead Mr Gilchrist offered his immediate neighbour $14m for his property. 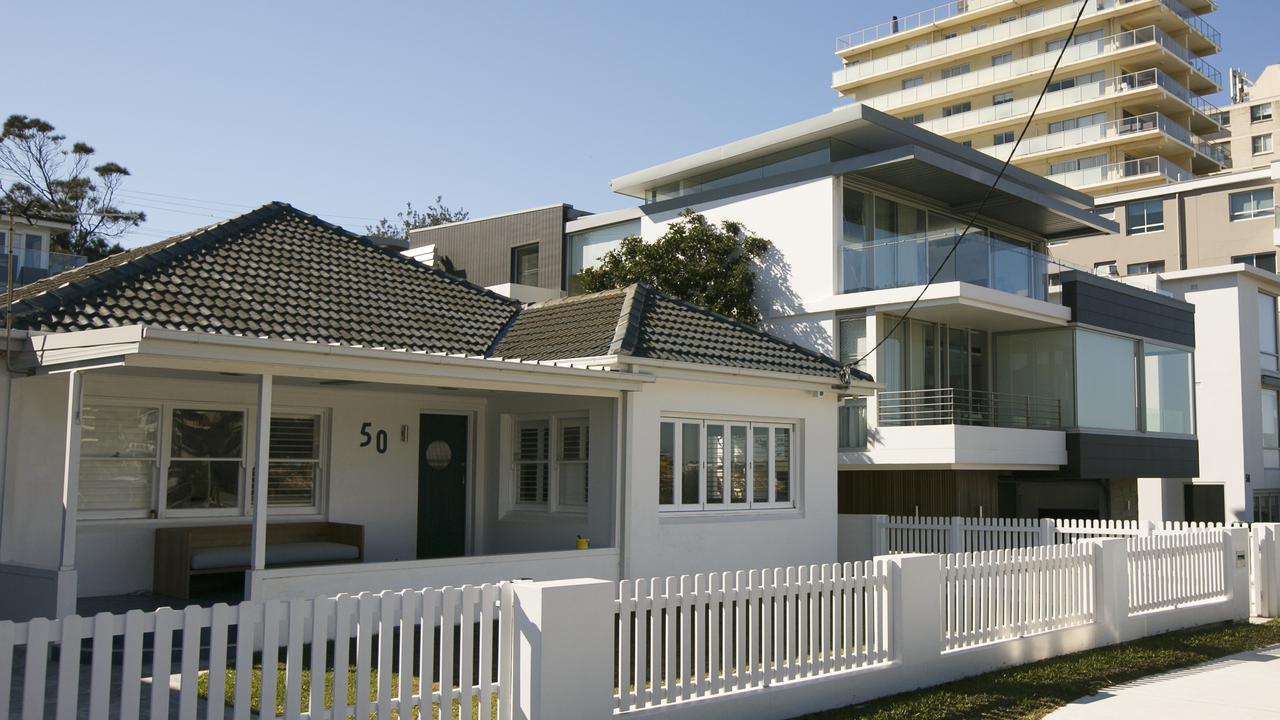 Ocean View Rd is a no-through road that ends at the famous Freshie Beach and number 52 is the last but one house in the road. AAP IMAGE/ Tim Pascoe

Previous Post: The foxy ladies of Fountain Lakes are back: Kath & Kim cast reunite | WATCH
Next Post: RBA slaps down the property doomsayers