The co-founder of F45 – who left the company in 2020 – has revealed the “enormous issues” behind the fitness empire’s downfall.

F45 co-founder Rob Deutsch says “never in his wildest dreams” could he have imagined the sudden downfall of the fitness empire he started in 2013.

The Aussie gym behind what actor Mark Wahlberg calls the “best workout on the planet” took a major hit to its global ambitions this week after revealing it was laying off 110 staff.

It came as Adam Gilchrist, who shares the same name as the Aussie cricketer and founded the business alongside Deutsch, suddenly announced he was stepping down as CEO and chairman of the company’s board of directors.

F45 declared it was massively scaling back its expansion plans “amid changing macroeconomic and business conditions”.

After planning to roll out 1500 new franchises this year F45 will instead aim for between 350 and 450 and its forecasted revenue has dropped from $275 million to $130 million.

The announcement had a catastrophic impact on the company’s stock, which plummeted by more than 60 per cent on Wednesday (US time) to a low of 79 cents.

It had improved to $1.59 on Thursday afternoon but was still miles from when it first floated on the New York Stock Exchange (NYSE) in July last year at a value of $16.10 a share. Deutsch, who stepped down as the company’s CEO and sold his shares in 2020, was stunned by the developments.

“Never in my wildest dreams could I have imagined this,” he wrote on Instagram. “When I exited, and sold out of F45, I left a healthy, phenomenal, beast of a business. All the way from the company culture to the heart beat of the business… The workouts. F45 was special.

“I genuinely hope all of the 110 laid-off staff, find happiness and opportunities elsewhere.”

Deutsch’s post received dozens of comments from F45 franchisees and the gym’s devoted attendees which provided some insight in to what’s contributed to the company’s collapse.

The former Sydney banker declared there were “enormous issues needing fixing” when asked if F45 could bounce back and appeared to agree with a Hawaiian F45 coach who suggested the decision to take the company public was a mistake. 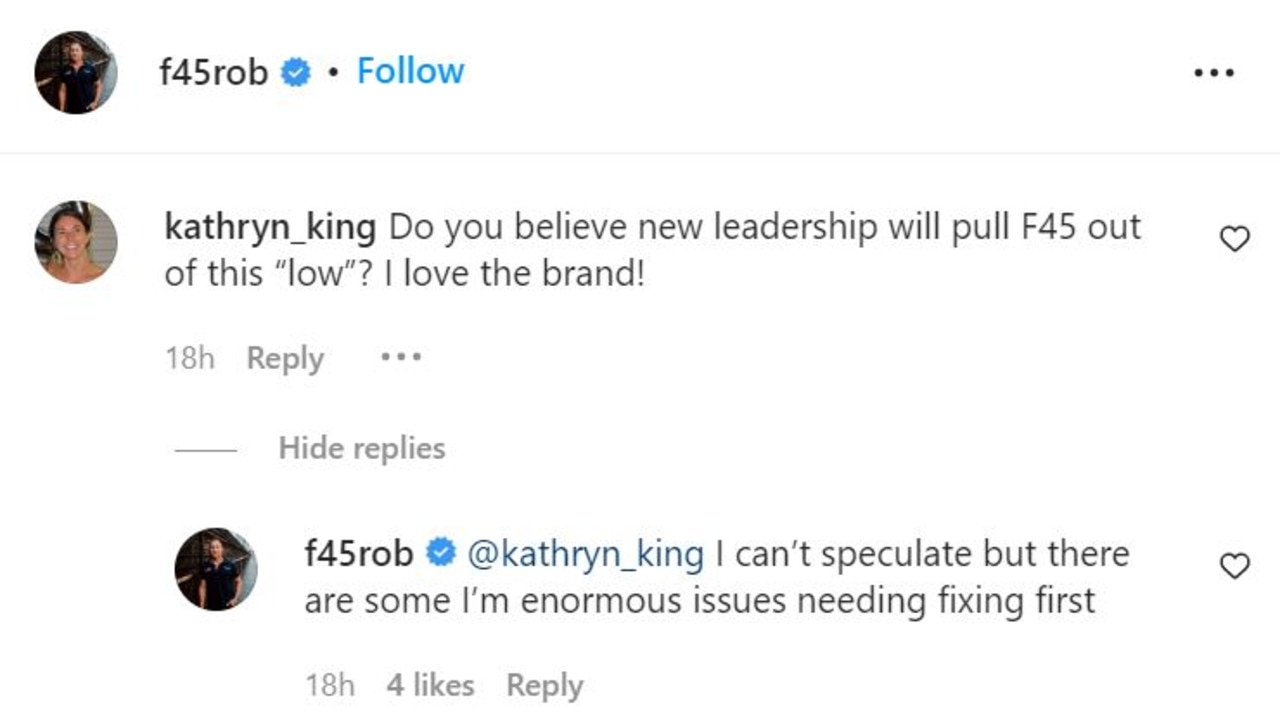 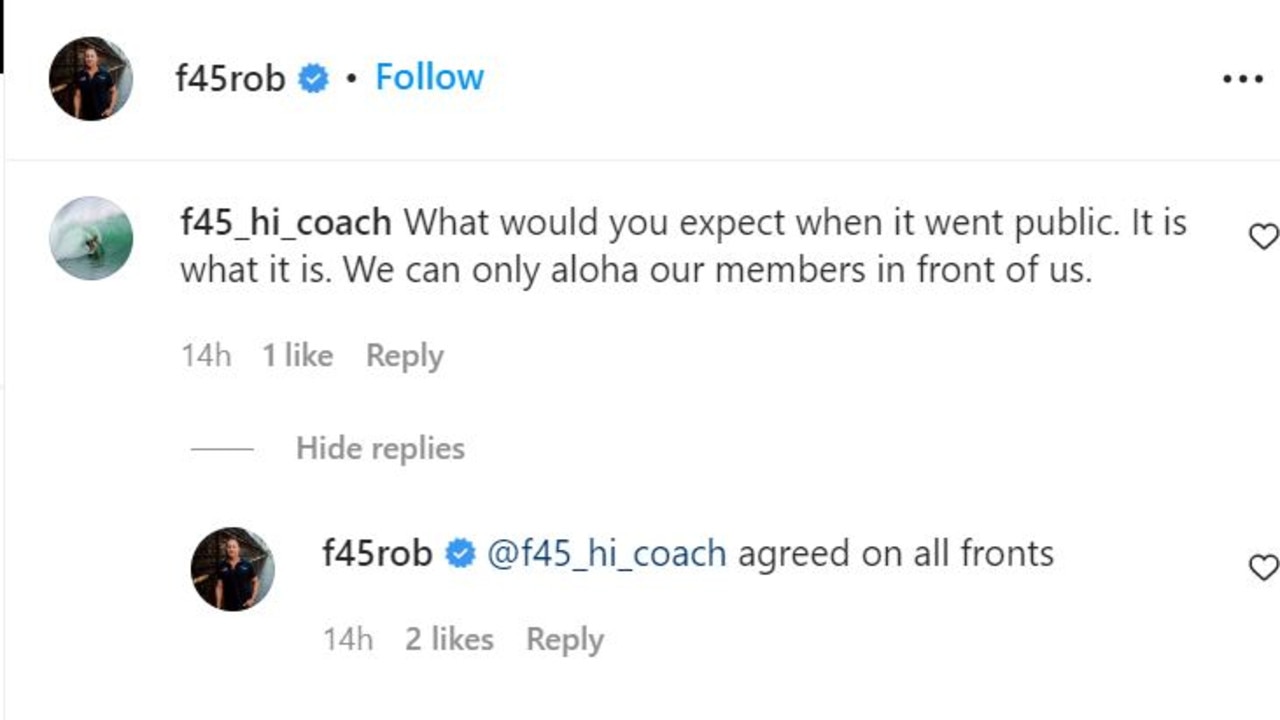 Deutsch appears to agree the decision to go public was a mistake.

The account of an F45 franchise in Canada also appeared to claim there were decisions made by the company during Covid lockdowns that were “crushing”.

“We wish you were still involved,” F45 Training Doon commented. “The decisions they made during detrimental lockdowns was crushing to franchises. It’s mind blowing what the last 2 years have been like, especially if you opened during the pandemic. Just absolute hell in Canada … I’m hopeful there’s a positive turn.”

Deutsch replied: “I hope so too.”

F45’s press release offered scant detail on where it had all gone wrong in the past 12 months but did indicate “market dynamics” were making it difficult for potential franchisees to get loans for the roughly $250,000 it costs to set up a gym.

The company believes the reduction of its corporate workforce by 45 per cent will see a return to positive cash flow. But it’s a far cry from the bells and whistles that sounded the public launch on the NYSE last year and it’s rapid early growth which Deutsch said was faster than franchises like McDonalds and Subway in Australia.