PHOTO: An elderly couple are desperately trying to remove a massive jacaranda tree from their backyard as it threatens to crush their home.

An elderly couple’s desperate attempts to have a giant jacaranda tree removed from their rear deck have been dismissed by council.

Pensioners Ian and Roz have had their small Chippendale home entirely engulfed by the massive tree that is now so big it covers six neighbouring properties and threatens to fall on their house.

Sydney City Council rejected three applications from the couple to have it removed, as they deemed the tree to be ‘healthy’. 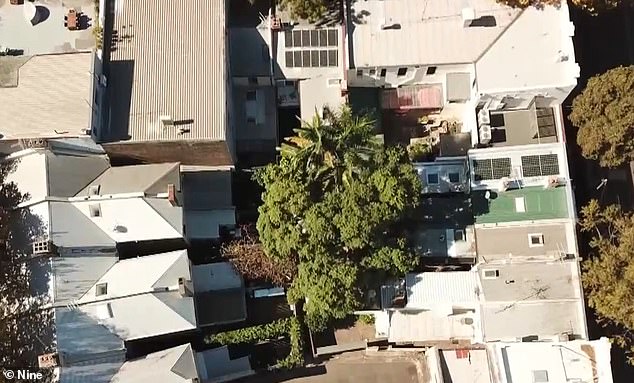 ‘You can hear the branches creaking and moaning and you think. ‘Is one going to fall on the bedroom roof?”

The tree sits at a 45 degree angle, leaning towards their home, which is fuelling the couple’s anxiety about whether it might fall onto their property.

Ian and Roz bought their small home 15 years ago, when the tree was only modestly sized.

However, it soon shot up, growing over the couple’s deck and breaking the foundations.

‘The tree has taken over our deck and we find it terribly difficult to get around our small deck with the enormous trunk of the Jacaranda leaning and taking up the entire space,’ Ian said. 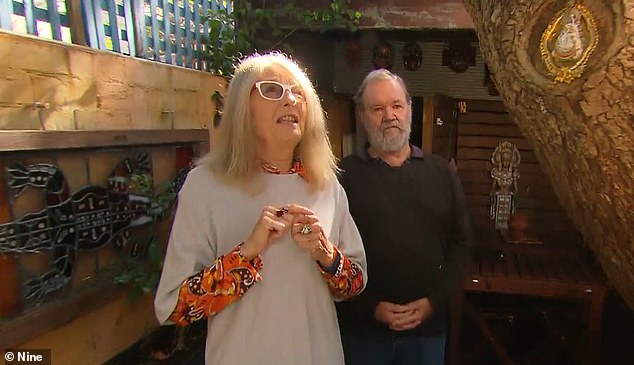 Ian and Roz (pictured) bought their small home 15 years ago, when the tree was only modestly sized. However, it soon shot up, growing over the couple’s deck and breaking the foundations

The couple filed three applications to Sydney City Council to have the tree removed, but their applications were swiftly rejected.

Sydney City Council refused the applications because they deemed the tree as ‘healthy’ and had a ‘green policy’.