Are Australian interest rates about to SPIKE?

Reserve Bank of Australia governor Philip Lowe does not expect the conditions to lift the cash rate will be met in 2022 despite giving a glowing assessment of the economic outlook.

In what is expected to be his final public appearance for the year, Dr Lowe has told a conference in Wagga Wagga the NSW the economy is in recovery mode and the unemployment rate is expected head towards four per cent by 2023.

He reiterated the RBA board would not increase the cash rate until actual inflation was sustainably in the two to three per cent target range.

‘We are still a fair way from that point. In our central scenario, the condition for an increase in the cash rate will not be met next year,’ he told the CPA Australia Riverina Forum on Thursday.

‘It is likely to take time for that condition to be met and the board is prepared to be patient.’ 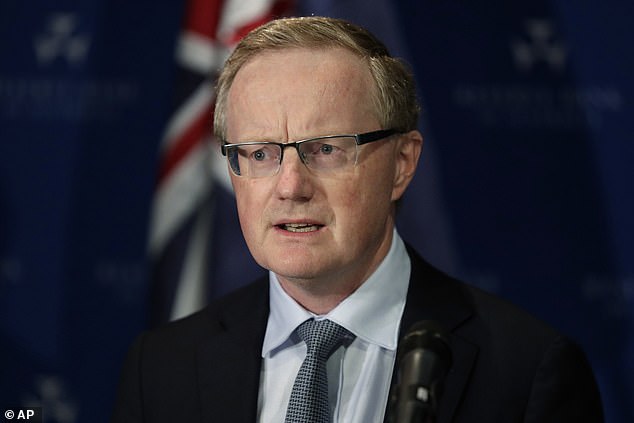 Dr Lowe does believe that with COVID-19 lockdowns lifted, spending is bouncing back quickly, although he admits the outbreak of the Omicron variant presents a downside risk.

‘We do expect the positive momentum in the economy to be maintained through the summer, underpinned by the opening up of the economy, the high rates of vaccination, significant fiscal and monetary support, and the strengthening of household and business balance sheets,’ he said.

Dr Lowe said while households usually dipped into their savings during an economic downturn, this time they had added to them in a material way to more than $200 billion.

‘Provided people have the ability to spend – and the confidence to do so – these additional savings will support strong growth in consumption over coming months,’ he said.