PHOTO: Effie Zahos said first homebuyers should focus on getting into the market rather than buying their dream home. Picture: Tim Hunter

The time it takes to save up for a deposit is considered one of the biggest barriers to buying property, but new research gives a glimmer of hope.

First homebuyers can choose from 107 suburbs across Australia where they could become owners without having to save up for a decade for a deposit, new research has shown.

Instead, the suburbs identified across every state and territory means buyers could be in their own home after just two-and-a-half years of putting money away, with room in the budget to also account for rising interest rates and higher loan repayments.

Regional Western Australia was the most affordable place for first homebuyers with the quickest 10 per cent deposit-saving time frame of one year and four months for a dual income couple and two years and nine months for a single, found The Bright Starters report from Canstar and independent buyer’s agency Hotspotting.

It also showed that mortgage repayments as a percentage of after-tax income are also relatively low at 9.8 per cent and 19.7 per cent respectively. 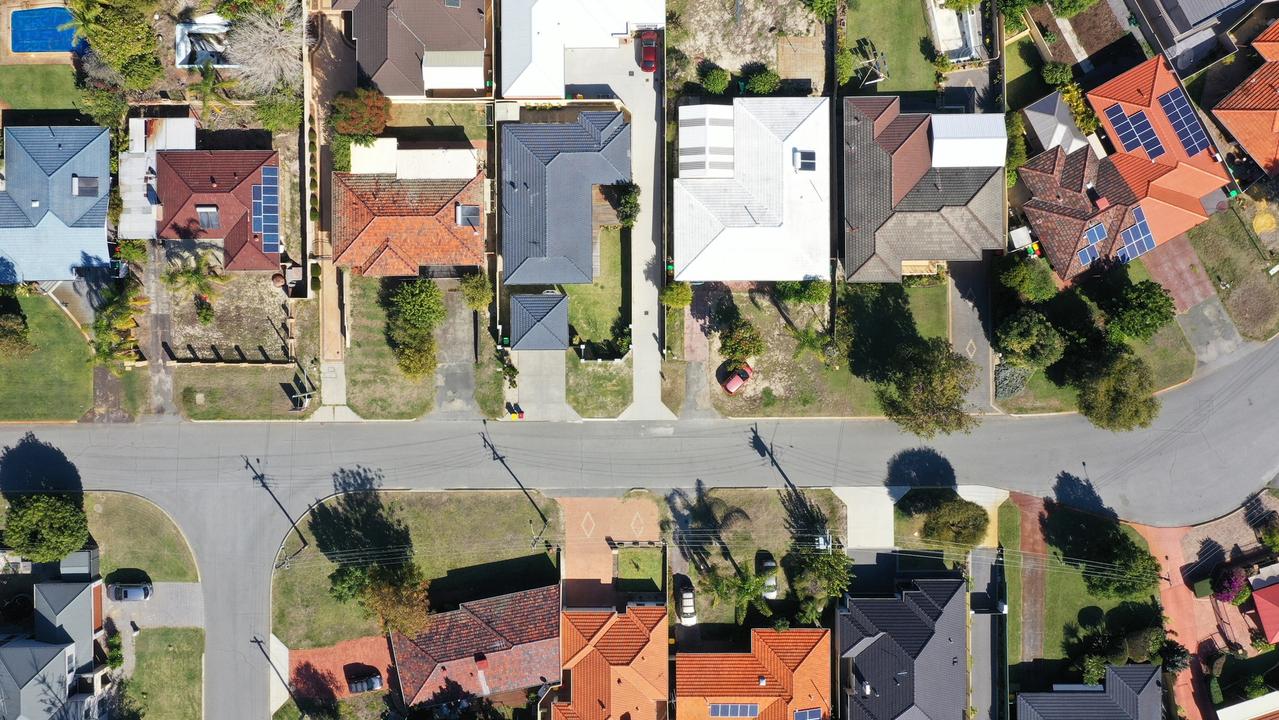 Houses in Western Australia are some of Australia’s most affordable. Picture: iStock

The top four suburbs in regional WA were the seaside lifestyle area of Carey Park and Withers in Bunbury, as well as Dudley Park, and Mandurah where house prices are lower than units.

Unsurprisingly, the report found Sydney was the least affordable jurisdiction.

It had the longest 10 per cent deposit saving time frame of five years and two months for a double income couple, and over a decade for a single buyer.

Meanwhile, repayments as a proportion of after-tax income are much tighter at 26.9 per cent and 53.9 per cent respectively.

Affordable suburbs in Sydney identified in the report included Bradbury, Liverpool, Mount Druitt and St Mary’s in the southwest as well Doonside in western Sydney and Hillsdale near the beachside area of Maroubra. Sydney houses were some of the country’s least affordable. Picture: NCA NewsWire/Gaye Gerard

Canstar editor-at-large Effie Zahos said the suburbs identified in the report were about first homebuyers getting a start in the market rather than finding their dream home.

“Saving for a deposit on a median-priced home can be disheartening for first-time buyers, especially when they realise it may take them close to a decade to achieve their goal,” she said.

“Instead, they buy at the affordable end of the market, partner-up, and put down a 10 per cent deposit on an entry-level home with the view of working their way up from there.”

The second most affordable place in Australia was regional South Australia with the likes of Berri which is located on the Murray River, the seaside town of Port Augusta, alongside one of the biggest regional centres with Whyalla Norrie and Whyalla Stuart on the list.

Perth came in third for most affordable with suburbs such as Armadale in the southeast, Butler in the north, Gosnells near Canning River, as well as Medina, Midland and Parmella which is described as a “suburb of cul-de-sacs”.

Regional Queensland was still considered affordable despite the huge spike in migration to the area, taking out the fourth spot across Australia.

Notable suburbs included Bundaberg East, Kin Kora in Gladstone, Frenchville in Rockhampton, Kirwan in Townsville and Maryborough, which is close to the Fraser Coast.

Rounding out the top five was regional Tasmania including George Town in the northeast, the seaside town of Somerset, Upper Burnie and Waverley.

Hotspotting property expert Terry Ryder said if you’re smart about where you buy, you could hold the keys to your first home in less time than you think.

“It’s not just about affordability for first homebuyers – they also want desirability and the knowledge that their home will grow in value over time,” he said.

“This report also highlights 107 suburbs around the country that offer the full package – affordable dwellings, amenities and lifestyle and prospects for growth.”

He added first homebuyers should keep a close eye on regional markets, which make up four of the top five affordable jurisdictions.

“As we’ve seen from the recent exodus to affordable lifestyle trend, regional areas are growing in popularity as they are typically more affordable than capital cities, but can also offer additional lifestyle benefits like proximity to beaches or nature,” he said.

“The era of remote working means young buyers no longer need to be shackled to major metropolitan areas for work, and can reap the benefits of both worlds.” Regional Victoria with suburbs such as Bairnsdale in East Gippsland, California Gully near Bendigo, Churchill and Long Gully as well as regional NSW in areas including Armidale, Lavington in Albury and Moree also landed in the top 10 most affordable.

Brisbane was the second most affordable capital city in Australia followed by Darwin and Adelaide.

The Sunshine State’s key suburbs included Annerley in Brisbane, Bundamba in Ipswich, Caboolture and Eden’s Landing which is halfway between Brisbane and the Gold Coast.

Melbourne was also ranked poorly as the second-last most affordable place across the country, although there were pockets of hope including Broadmeadows, Dallas and Epping in the north, Caroline Springs and Cranbourne near the botanic gardens.

The 107 suburbs and their median price>>>

MOST POPULAR In NEW ZEALAND